Currently I’m preparing a project where an ePassport has to be tested. These tests start with the booklet and end with the chip. During the preparation the need for a test specification overview popped up. This need was the root of a new service here on this blog: an overview of all current specifications in the domains of this blog starting with eMRTDs and their corresponding inspection systems. 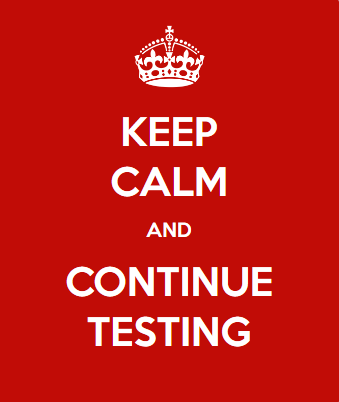 With every new protocol you need some more or some modified test cases in the specifications. And also maintenance is an important fact to keep the test cases up-to-date. Additionally, I will list also test specifications of other domains like IoT in the closer future.

So have a look at this page next time when you’re back on this blog.

Supplemental Access Control (SAC) is a set of security protocols published by ICAO to protect personal data stored in electronic travel documents like ePassports and ID cards. One protocol of SAC is the well known Password Authenticated Connection Establishment (PACE) protocol, which supplements and enhances Basic Access Control (BAC). PACE was developed originally by the German Federal Office for Information Security (BSI) to provide a cryptographic protocol for the German ID card (Personalausweis).

The chip indicates the support of Chip Authentication Mapping by the presence of a corresponding PACEInfo structure in the file EF.CardAccess.  The Object Identifier (OID) defines the cryptographic parameters that must be used during the mapping. CAM supports AES with key length of 128, 192 and 256. But in contrast to GM and IM there is no support of 3DES (for security reasons) and only support of ECDH.

If GENERAL AUTHENTICATION procedure was performed successfully, the terminal must perform the following two steps to authenticate the chip:

You can find interesting information concerning CAM in the patent of Dr. Dennis Kügler and Dr. Jens Bender in the corresponding document of the German Patent and Trademark Office.

The German Federal Office for Information Security (BSI) started a project for an open source eID simulator. The simulator allows a wide range of personalisation, is more flexible than a real card and is free to use.

There is a rising need of test cards for developers of eID clients and companies which want to offer services by using the eID functions of the German ID card (nPA, elektronischer Personalausweis). Today it is difficult to get test cards for developers who want to evaluate the eID functions in their systems. Also for improvements and development of new protocols – but also for tests of established protocols – an open implementation of eID functions would be helpful. Therefore the German BSI started a project with HJP Consulting for an implementation of an open source eID simulator which provides all logical functions of the German ID card.

The website of the project is www.persosim.de (site is in German only) and the first version of the simulator is ready for download there. There is also a virtual driver available, that simulates a card reader. On this way you can simulate card and reader for testing purposes.

Update 1: We have released an article in The VAULT (magazine of Silicon Trust) concerning PersoSim in English Language. You can find the article here for free in The VAULT #14.

Update 2: We have released the source code of the simulator and using github as repository. You can find all relevant information on the PersoSim project website. Please feel free to fork the code and extend the project with new features.